Morocco: a story of success out of an Accelerated Learning Workshop – learner Mohammad Sehaili 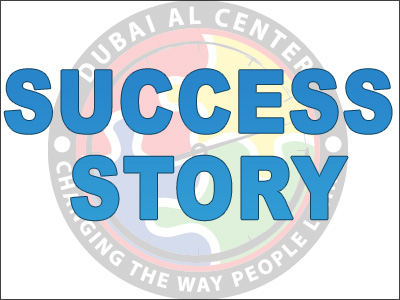 "After the conclusion of Accelerated Learning workshop in Meknes 5/4/2009, and after few days of my return I've received a letter from the trainee Mohammad Sahly… it's about a success he had encountered after hours of the workshop…so I just wanted to share it with you.." trainer Mohammad Pedra

I left Meknes at 16:30 pm Sunday night, but because of the traffic jam I arrived at 23:30, and I was so tired. Unfortunately, I had a translation lecture at 8 am.

I was about to cancel it because I wasn't able to lecture .Besides, I didn't prepare it well, but I went for two reasons:
For the sake of the new comers who came from far distances, second I was eager to experience what I had learned for the first time.
At first translation exercises were boring, especially at 8 am and after a week off, all faces were frowned. Some were yawning and others were sleepy.
I came in smiling and greeting all. There were some individual and some group jokes breaking the ice. I asked about the holiday and how it was. The answer was a rain of complains concerning the extra-curriculum, constant work and tiredness. I told them I had not relaxed either and I did not have the chance to sleep well, I was about to cancel the lecture today. But, did nothing, so I gave them the chance to lecture, they were free to sit wherever they wanted."
I brought dictionaries and book so they could use them if they want; I asked them to be two groups and then I selected a passage out of a text. Each team had to create an activity or a game to work on the text, on its vocabulary, and terms…
Soon energy flowed into both teams; there were a lot of debates, suggestions, laugh, and harmony.
The first team consisted of 4 girls who were the most active, the fastest, and the most enthusiastic.
The second team consisted of 3 boys and a girl, they were less active. There was new spirit in the class, no more yawning, frowning, and no distraction.
After passing half of the given time, I asked them to change places. I invited them to play a game I had thought of earlier; I chose 12 French words out from the text and wrote each one a card, and on the other cards I wrote the equivalents. Each team got a set of the cards and each one read his card, then one of the other team had to open the card looking for the equivalent. if the answer was wrong, the reader had to move his or her thumb down; but if it was right the thumb had to be up. We spent good times.
The results were: consistent words selected randomly counted 0.
Teams were given minutes to talk about the outcome of the game, providing suggestions.
The important point was: the context of the word had to be kept in mind while searching the dictionary. The opportunity of finding words equivalents by random selection was zero.
It's important to pay attention to the context during the process of translation.
Each team got 15 minutes for the presentation. The first one presented 3 games aiming at exploring words and their equivalents. They were fun, useful, and exciting.
Finally, we talked about the team work and its conditions.
We also assessed the work then: they were relaxed and wished all lectures to be the same way.
This lecture was amusing with less effort. I was happy with the results. And wanted to share it with you.’’